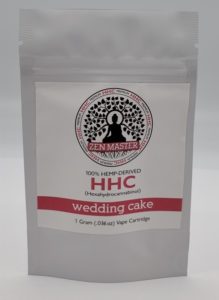 HHC (hydroxyhexahydrocannabinol) is a smooth and exceptional formula that you’ll love when you try it. There is 1 gram of this cartridge, and it gives the user a lasting effect from this psychoactive experience.

Three forms of HHC are present in HHC concentrate with less than 0.2% other cannabinoids.  As a naturally occurring cannabinoid, HHC can be found in both cannabis seeds and pollen.  There are a few differences between THC and HHC, but HHC does have similar effects to THC. According to some, it gives them the same euphoric feeling, pain-fighting, and anti nausea/vomiting effects as THC. So far, HHC appears to have about the same therapeutic effect profile as other forms of THC, as it is still relatively new and not many studies have been conducted to study its potential therapeutic effects.

The chiral center (enantiomer) of HHC is three-fold, so it has three different forms.  There are important differences between the three enantiomers of HHC because they show that it binds to two different receptors (CB1 and CB2), but only activates one of them (CB1). Since HHC is a naturally occurring cannabinoid found in hemp, it is not a THC type like Delta-8. As a result, HHC vapes, gummies, or edibles are currently legal on a federal level, and will most likely remain legal on a state level as well. 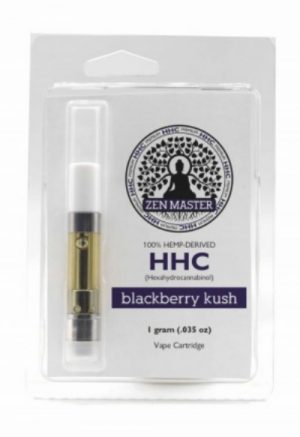 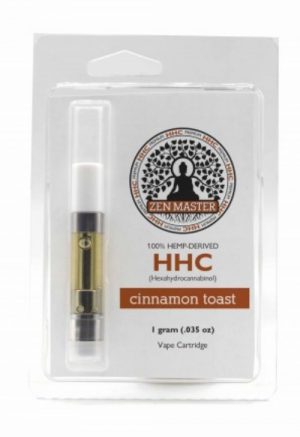 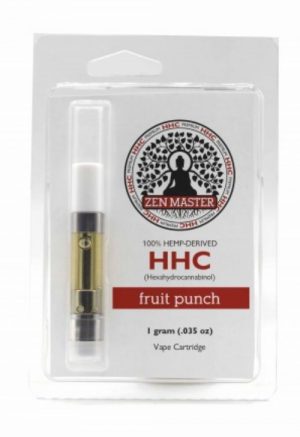 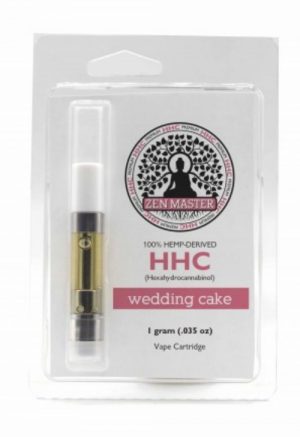 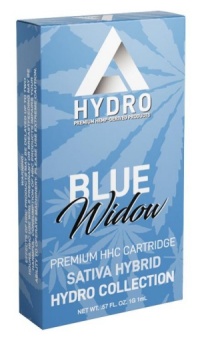 This Blue Widow Premium HHC Cartridge is a hybrid strain that is sativa dominant. As part of our Hydro collection, you’ll experience our premium HHC (Hexahydrocannabinol) along with the great taste of Blue Widow. The Blue Widow strain is a cross between the Blueberry strain and White Widow, which has a sweet aroma with hints of sour citrus and pine. You can expect the uplifting traits of the Sativa, along with the well balanced characteristics of the Hybrid.

Our Cherry Pie Premium HHC Cartridge is a hybrid strain that has the best qualities of both Indica and Sativa strains. You will find this cartridge as part of our Hydro collection, which offers our premium HHC (Hexahydrocannabinol) along with great quality strains. The Cherry Pie strain is a cross between Granddaddy Purp and Durban Poison strains. You can expect sweet and tart flavors from this cartridge, but the well balanced quality makes it enjoyable at any part of the day. 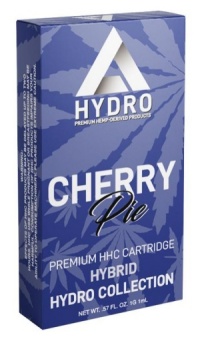 Where Can HHC Products Be Purchased?

If you’re looking for the best place in Midlothian Texas to buy then look no further. At CBD American Shaman of Midlothian, located at 1000 E Main St Suite 201, Midlothian, TX 76065, we are dedicated to bringing you only the highest quality products available.  All of our HHC products are loaded with terpenes and phytocannabinoids, are non-GMO, pesticide-free, and grown right here in the USA.  Our products are all 3rd party lab tested for purity and contain less than .3% Delta 9 THC, which complies with all regulations listed in the 2018 United States Farm bill.  Come in today and get started on a new, healthier you!  Our hours are Monday thru Saturday, 10 am – 6 pm. If you have any questions regarding HHC Products or any of our CBD products, please give us a call at (214) 817-8662.